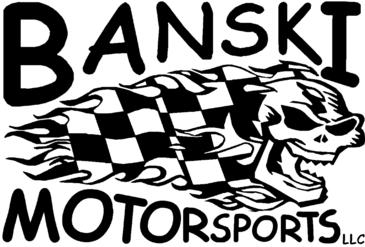 Banski MotorSports was formed in 2007 and shipped it's first product in May 2008.  Our President and owner, Tom Urban, began autocrossing his black 1993 Corvette Coupe in 2002, began doing HDPEs in 2005 and moved on to Time Trials in 2006 with a TT club in the Northeast.

In the winter of 2006-2007 Tom and a friend named Gary decided to rebuild the multi-link rear suspension in his beloved Vette to be better suited for competition and improve its grip.

They looked at the suspension kits that were offered at the time but most had been designed in the early 1980s when the C4 first came out.  The theory and design of the kits was spot on but were never updated to use better materials and components that were available.  Tom & Gary, both being experienced Mechanical Engineers decided to build their own, using these existing kits as a starting point.

The results were fantastic.  The car handled better, the components required less (virtually no) maintenance, made alignment significantly easier and the alignment settings held better over time.  In short, it was a great success.

After a few "cold adult beverages" and a lot of coaxing, Gary convinced Tom that he should sell his product.  Reluctantly Tom agreed to give it a shot, wondering if anyone would really buy from a small unknown company when there were so many big name, long established vendors out there with similar products.

Well it did sell.  Slow at first, in 2008 and 2009 combined only a couple dozen kits were sold but in 2010 the word of mouth about the quality product and excellent customer service that Banski had began to spread.

We are happy to say we have added a few products to our catalog and grown sales almost every year since.  Today we have shipped hundreds of kits to customers in the US, Canada, Europe, Scandinavia and Australia!

Although Tom doesn't compete any more his passion for motorsports of all types still lives.  He is working to expand his product lines across multiple car models and help bring better performance to car enthusiasts everywhere.